Rumours of Glory and 14 other songs

A live movie filmed in 1981 on 16mm film, this was shown on Canadian Television and limited theatrical release.
Produced by Bill House and Bernie Finkelstein. 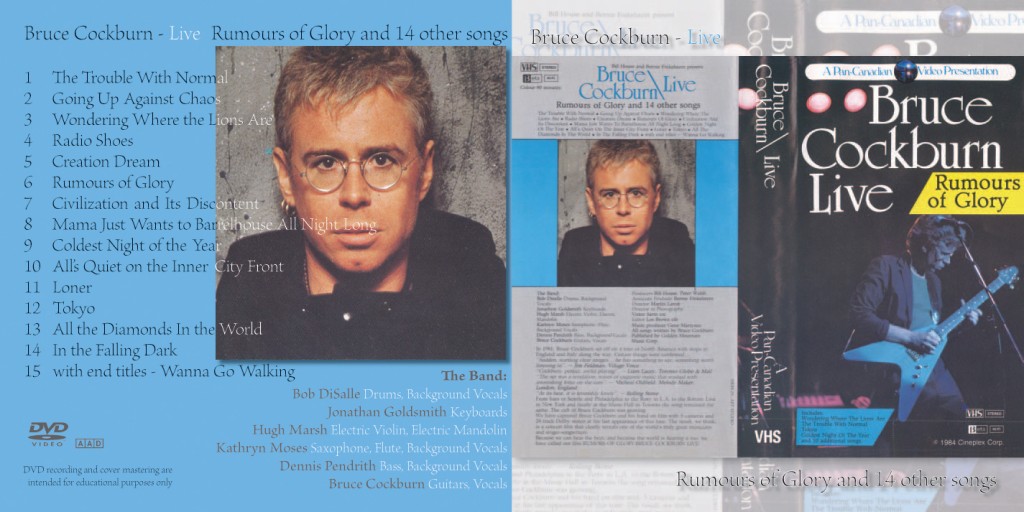 Excellent – The sound here is fabulous and is literally CD quality. Coming in around an hour and 20 minutes.
Released on vhs video 1982, converted to DVD 2004, 80 minutes.